Being the youngest member in the family, everybody would dote upon me. Another coincidence was that I was born in 1962, the year when Bapu won the first assembly election in 1962. Hence Bapu thoughtfully baptized me as ‘Jayant’ (Victorious). Bapu used to be very busy and mostly away from home but he never made us feel so. Whenever he was out of town, he would make it a point to telephone us at least once a day. Sometimes, he would call us at night when we were fast asleep.

Getting on the line was a laborious process then. I wonder how the leaders that time got their work done. Whenever Bapu was away from home, mother would take care of our study. Though she had studied up to VIIth standard, she knew how to get the kids to study. She would always tell us, ‘You should study hard to achieve success in life. Without education, you won’t get anything in life”. Whenever Bapu returned home, he would repeat mother’s advice, “ Jayanta, If you don’t study, you will have to go to Kasegaon to tend the buffalos. He had deeply impressed upon us the need to pursue education come what may. The advice had a positive effect on me and I studied civil engineering. My elder sister did MBBS. Brother (Bhagatsingh) became an engineer. Both the sisters passed graduation. Along with education, he taught us some useful things too. He taught us not to lie, not to behave rudely and not to indulge in any action that would trouble others. These three valuable lessons he taught us have proved to be of great use in my political life. He was minister for many years and was also Maharashtra Congress chief but he never put on airs. He was a simple man who observed courtesy and decorum in his relationship with others. He never discussed politics with us once he was home; he only discussed the family matter and nothing else. Bapu lost an election in 1978. After defeat, he came home to Mumbai. Surprisingly, he neither discussed election results nor blamed anybody. He was least affected by his defeat. He behaved as if nothing had happened. There was not a wrinkle of worry on his face after defeat. I think this was the biggest virtue of Bapu and hence our childhood passed in cheerful and playful circumstances. Whenever Bapu was at home in Mumbai, he would have his meals in a leisurely manner. If somebody came to meet him at that time, he would meet with great affection. There used to be a stream of visitors at our house. Many would come to have meals. Then Bapu would introduce us to the guests saying ‘This is Jayanta, that is Bhagat’.

While introducing us to great political leaders, he would proudly tell them that both are doing engineering. My brother Bhagatsingh was very tall. Looking at me, Bapu would wonder whether I would grow tall at all. “Don’t know if Jayanta will grow tall’, he would say. I clearly remember that great political leaders right from Yashwantrao Chavan and Vasantrao Naik to Balasaheb Desai, Morarji Desai, Jagjeevan Ram, Bahuguna, S M Joshi, Chandrashekhar, Mrinaltai Gorhe would regularly pay him visit. Bapu cared a lot for his guests. He would ensure that guests remained comfortable during their stay till they left by state transport bus next morning. He ensured that their tickets were reserved, vehicle arranged to transport them to the bus stand and that the driver of the bus reported to work in time. He was that meticulous and took care of minor details. I have not come across such a loving and caring man. When Bapu was minister, he never let us feel that we were children of minister. We used to commute to college by state transport bus. I travelled by local train. When I studied in VJTI college in Matunga, I would travel by local train to reach college. He did not allow us to avail of any special concession or privilege. His simple living and high thinking has deeply influenced me and stood me in good stead. When I look back at Bapu’s life, I realise that Bapu gave more importance to the development of workers rather than his own. Bapu moulded many men. He would select men in his constituency, guide and mentor them. He found reflection of his and society’s vision in them. He mentored countless activists— be it Vyankappa Patki, D Y Patil or Audumber Patil and such others. After Bapu’s death, all the activists came to my mother and urged her, ‘give Bhagatsingh to us for politics, we require somebody’s leadership’. Bhagatsingh that time was employed. I returned to India from the US leaving my education incomplete. I did not want to go back to the US leaving mother behind. Bapu’s followers kept urging us to introduce Bhagatsingh into politics. We were afraid that if Bhagatsingh joined politics, the family might suffer economically as he was the only earning member. Then to satisfy the activists, some members in family decided to let Jayanta join politics for four months because once the wave of sympathy ebbed, Jayanta would come back home, they thought. This is how I entered politics. But the contemporary leaders of Bapu had decided to carry on his work with such determination that, seeing their enthusiasm and dedication, I got so absorbed into the political and cooperatives field that I could not step back. I realised what yeoman’s service Bapu had rendered to the common man only after I began to work. I dedicated myself to his work. Incidentally, election to Walva Cooperative Sugar factory was to happen around that time. I was elected unanimously as the chairman of the sugar factory. All the contemporary leaders of Bapu extended their whole-hearted support to me. They showered their fatherly affection on me and I was like their son. After being elected as chairman, I realised just how heavy responsibility had fallen on my shoulders. Then I remembered the speech of Bapu at Boregaon wherein he had avowed to bring every inch of land under irrigation. I decided to fulfil the wish of Bapu and assured to realise his dream. I began to work with full dedication and courage, today the entire Walva taluka is under irrigation. Prosperity of the taluka is the result of Bapu’s thinking. Today we have converted public affection and deep reverence for Bapu into developmental work. We not only had the blessing of Bapu but also got the people’s blessing. That is why Walva taluka is today witness to turnover worth billions. Bapu moulded a band of dedicated activists who have now rededicated themselves to the developmental work. Credit for whatever success I have achieved in politics goes to Bapu and contemporary leaders. It happened because of them. What could have I done all by myself? 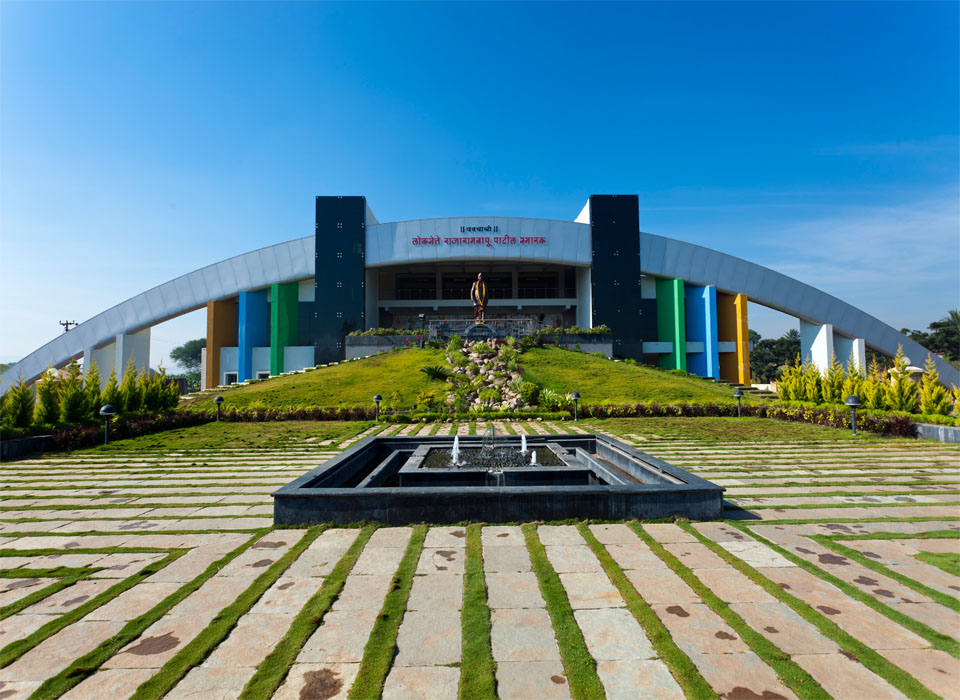